The solar activity appears in the three obse 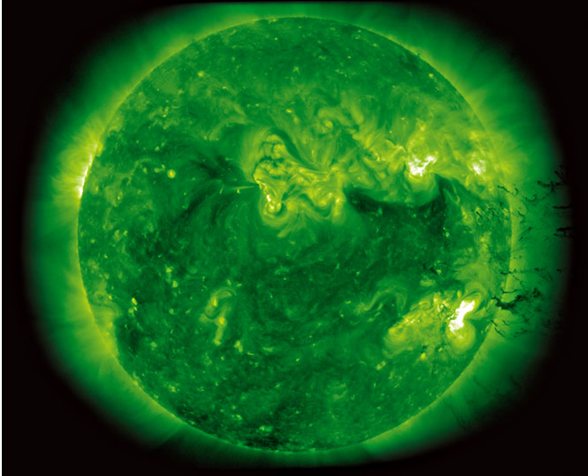 rvable layers of the Sun: the photosphere, which is the lower layer and, in fact it is the Sun that we see, the chromospheres situated above the photosphere and typically observed by filtered light, removing the intense light from the photosphere, and finally in the corona, which is the most external layer and extends to a distance of many solar radii. From the Earth, the solar corona can only be seen with the naked eye during the brief period of totality of a total solar eclipse. 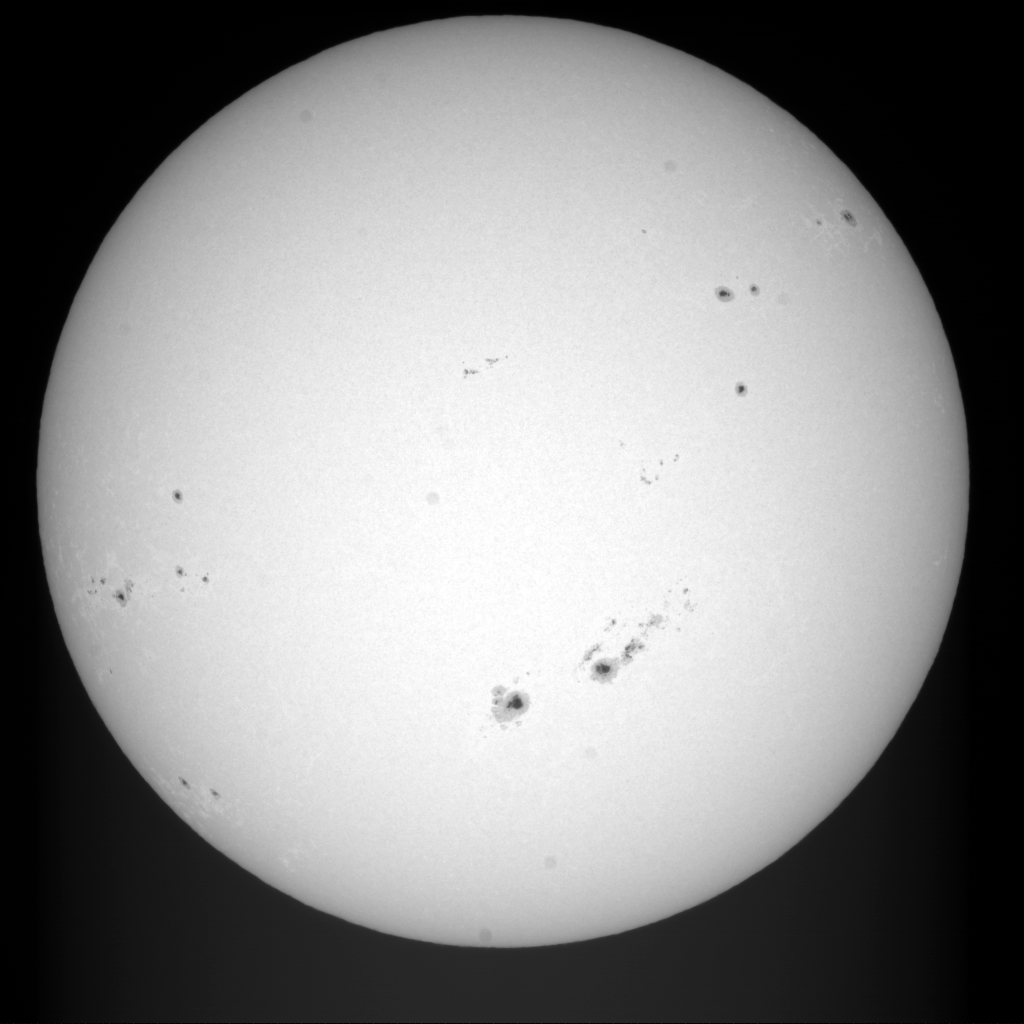 One of the most characteristic features of solar activity are the sunspots, which appear on the surface of the Sun. They vary from day to day and have an average life ranging between days and weeks. Approximately every eleven years the number of sunspots goes through a maximum. Sunspots are regions of the Sun with magnetic field intensities thousands of times greater than the Earth's magnetic field. Due to the rotation of the Sun on its axis, which has a period of 27 days, these sunspots appear on the East limb of the Sun, pass through its central meridian, which is on the direction of the Earth,  and finally disappear on the West side of the solar disc, if their life is long enough. Sunspots are dark areas on the surface of the Sun. The indoor area used to be darker and is called umbra, while the outside zone tends to be less dark and is called the penumbra. Temperature, in the dark centres of sunspots, decreases to about 3,700 ° K (compared to the 5700 ° K of the surrounding photosphere).

Solar activity has a periodicity of about 11 years, although it can vary between 8 and 15 years. The astronomer Heinrich Schwabe in 1843 determined for the first time the 11-year cycle. Schwabe cycles are numbered from the maximum of 1761. 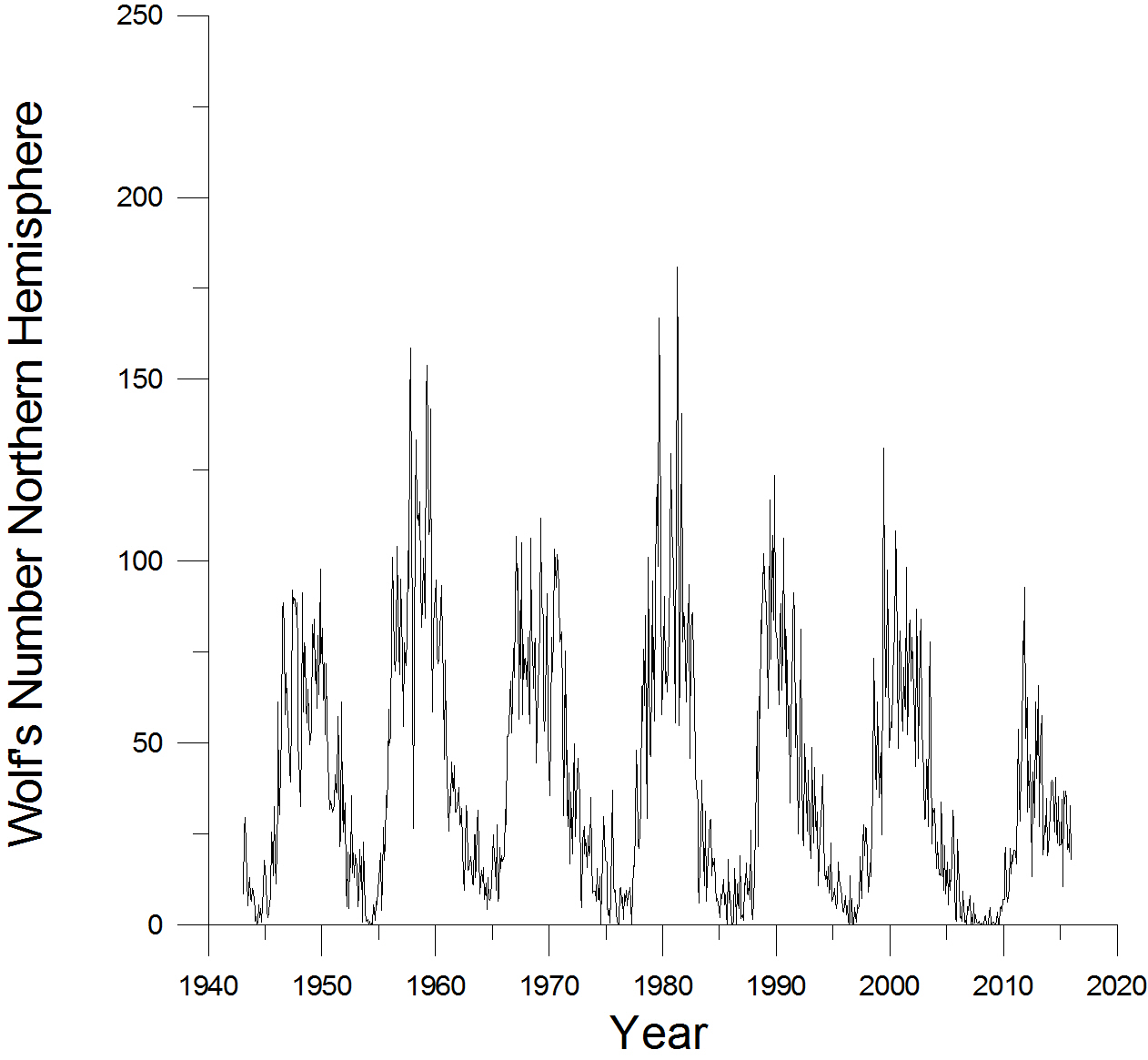 In Ebro Observatory, every day that the weather 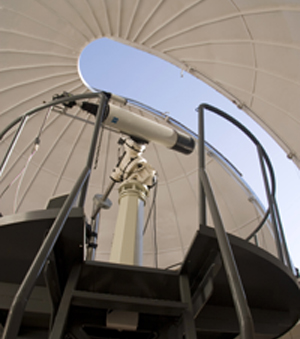 conditions allow it, the solar photosphere is photographed using a Zeiss APQ 150/1200 telescope on equatorial mount , with a resolution of +0.7 arcseconds and a digital camera.In May 2017, the old DALSA CA D4 camera was replaced by a new IDS 2048x2048 pixels with a pixel size of 5.5 x 5.5 μm, and a total area of 11.26 mm2.  A photocompressor lent was also installed. Applying an algorithm of digital image processing developed in the Observatory (Curto et al. 2008), the number of sunspots and groups are determined. For each sunspot, among other parameters, the number of pixels it occupies, its area in millionths of hemisphere, and its intensity (grey level) are measured. For the groups, its heliographic longitude and latitude, its  area, the number of spots that compose it, as well as the type of group according to the Zurich classification system are determined. The quality of the solar image is described by a parameter which varies between 1 and 5. 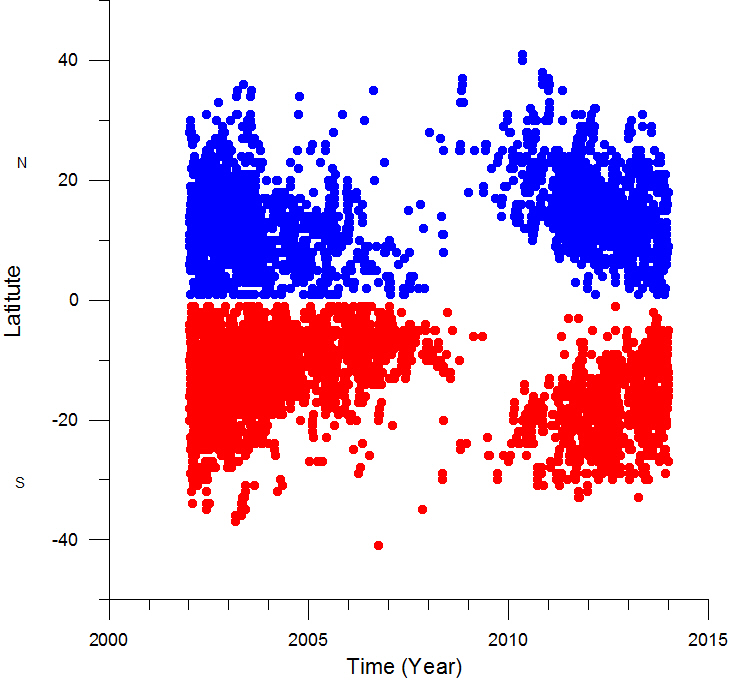 Finally, the index of solar activity known as Wolf number (W) is calculated based on the number of groups (G) and sunspots (t) according to the well known expression W = 10 G+ t. This formula indicates that the emergence of a coherent group of sunspots (an active region) is more important than to add some sunspots more to an already existing group. These data are send to the Solar Influences Data Analysis Center (SCID) in Brussels, and are published in the bulletins online. A detailed representation on the butterfly diagram of the groups’ latitude shows the fact that the groups do not appear in random positions on the solar surface, they are concentrated in two bands around the equator, and its latitude decreases as This fact could also be seen in this animation which shows the evolution of sunspots during the year 2013.