Seismology is a branch of geophysics that is responsible for the study of earthquakes and the propagation of mechanical waves (seismic) that are generated in the interior and the surface of the Earth. Seismology includes, among other phenomena, the study of the mechanisms that generate tsunamis and volcanic activity.

The majority of earthquakes, and especially those of greater magnitude, occur in plate boundary zones, although they also occur in the interior of the continents due to readjustments of forces through the movement of faults. 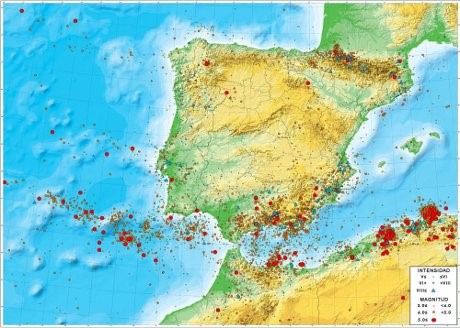 Most seismic events in the Iberian Peninsula occur in the south as a result of the interaction of the Eurasian and African plaques. Within the Peninsula stands out the seismicity that occurs in the Pyrenees, consequence of the push of Africa that makes towards the North and constrains us between Africa and the rest of Europe. (Source: IGN)

During an earthquake several seismic waves are generated, some traveling through the interior of the Earth: they are the primary P and secondary S, and others they do by the surface like the waves Rayleigh and Love. Internal Waves: The internal waves travel through the interior, they are the fastest. They follow curved paths due to the different density and composition of the interior of the Earth. This effect is similar to that of refraction of light waves. Surface waves: When the internal waves reach the surface, the L waves (longae), which propagate on the discontinuity surface of the interface of the Earth's surface (earth-air and earth-water), are generated. They are the cause of the damages produced by the earthquakes in the constructions. 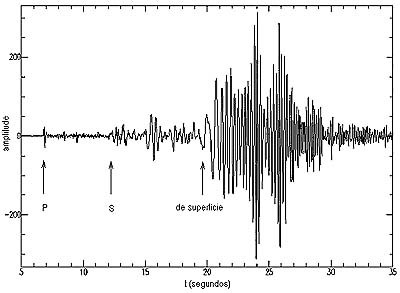 Record of a hypothetical earthquake with the corresponding first arrivals of the Primary waves, then Secondary and finally surface waves

Earthquakes usually occur in the first kilometers of the earth's crust (although there are also very deep earthquakes associated with subduction zones). The point where the "rupture" occurs is called the focus or hypocenter, while the projected point on the surface is called the epicenter. 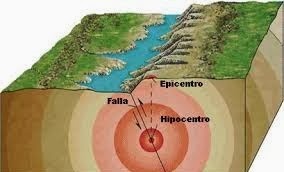 When an earthquake is recorded, seismic waves propagate in all directions from the hypocenter. The study of the waves that are registered allows to locate the epicenter and the depth to which the earthquake has originated

The study of seismograms allows us to know the distance to which a given earthquake has occurred. The difference in time between the arrival of the P and S wave tells us how far or near the earthquake has been. So, to better define the epicenter of an earthquake it is necessary, at least, 3 seismic stations to record it.

The first seismic station in Catalonia was installed in the Ebre Observatory in 1904.  As the technology has progressed, the instruments have been updated and today it is still in operation thanks to the collaboration with the ICGC.

Although initially was thought that the seismic movements were related to the solar activity, soon the scientific community understood that it was the consequence of the own dynamics of the Earth crust. Much has changed the seismic detection equipment. In origin, they were based on a series of large masses suspended in a column anchored to the rocky substrate, which in the event of an earthquake oscillated in certain directions or components (NS, EW and vertical), thus characterizing any movement was registered. 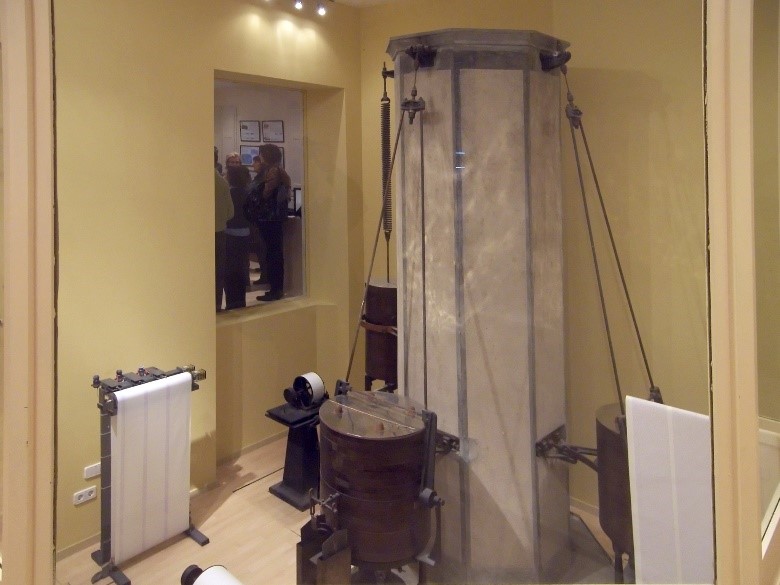 Seismometer Mainka modified, that was operative between 1942 and 1965 in the Observatory. Both the N-S and E-W sensors have a weight of 1500kg, however the sensor of the vertical component (bottom left) weighs only 635kg.

Fortunately today, advances in technology have led to a considerable reduction in the size of equipment, although in essence, the physical basis of a mass that oscillates when receiving a seismic wave is still valid. 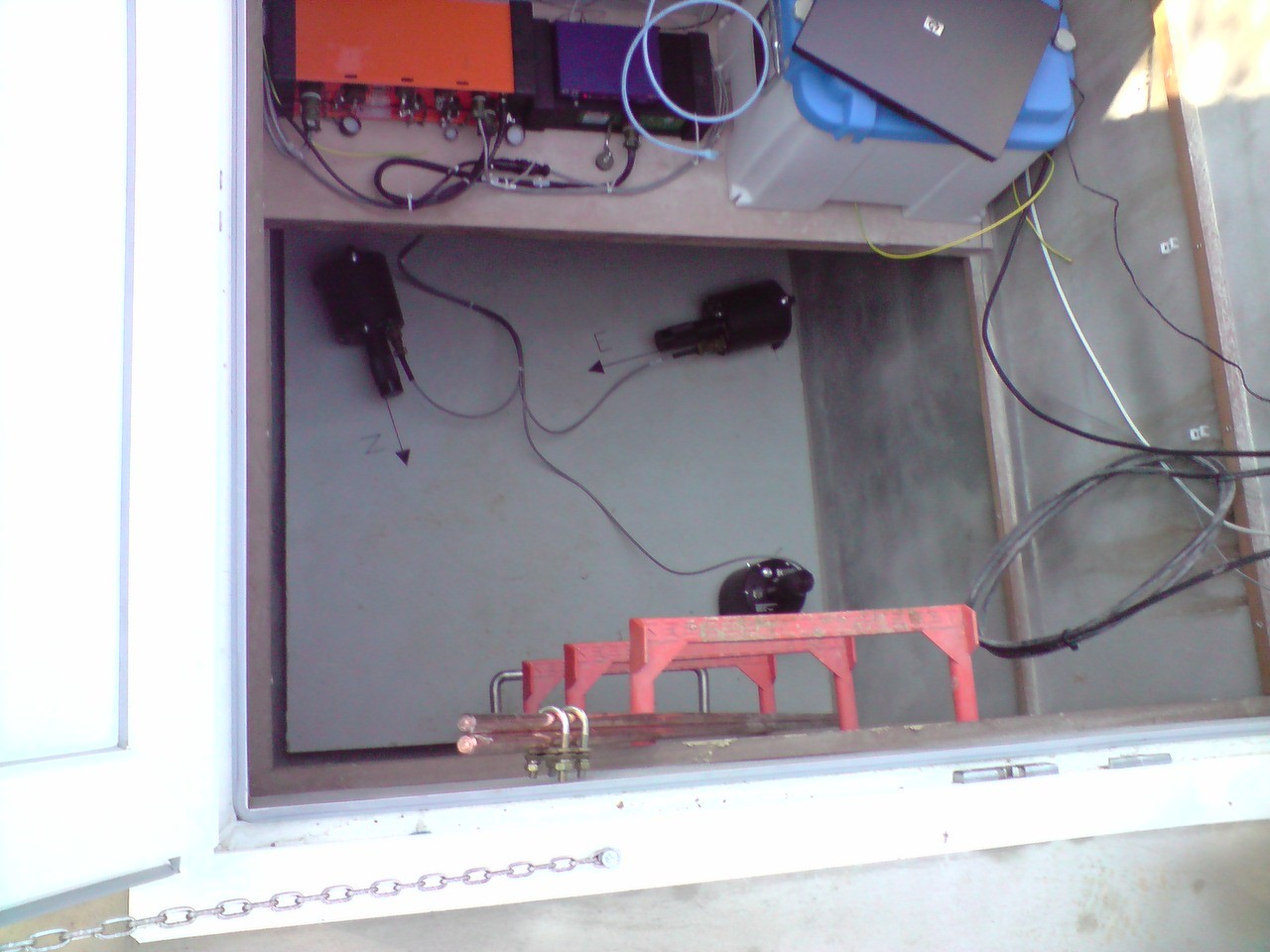 Likewise, the way earthquakes are recorded has also changed a great deal over time.

Left: system of acquisition through a pen that recorded on paper. Right: seismic record of the earthquake of San Francisco of magnitude 7.8 the 18 of April of 1906 detected in the Observatory on band of paper smoked.

Through the use of computers, seismic events are much better characterized and thanks to the use of specialized software, the different types of waves are better identified and cataloged. 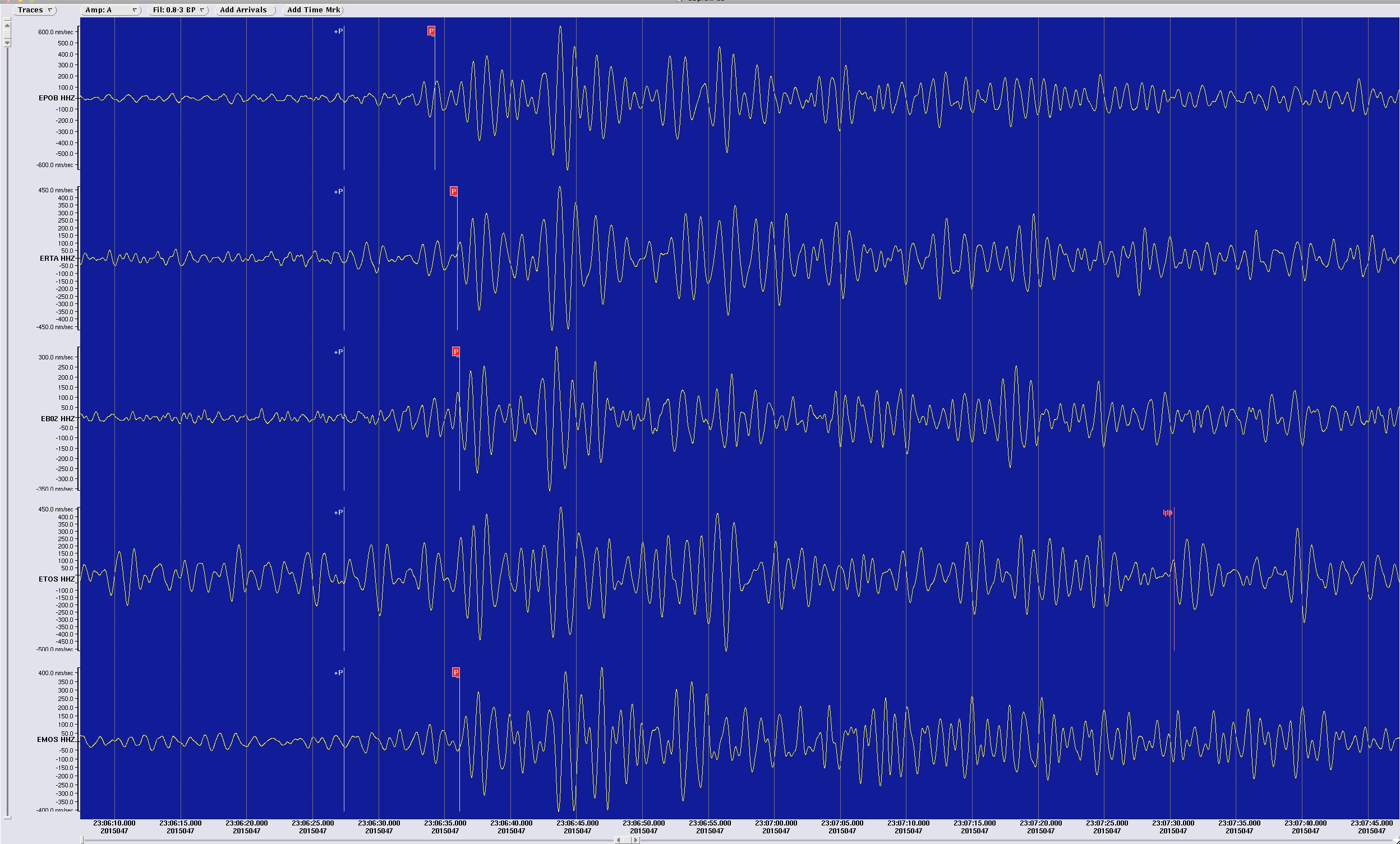 Currently, the Seismic Observation Service of the Observatory of the Ebro maintains the historical stations of the center, among them EBR with the collaboration of the ICGC. In addition, it also maintains a newly created network, which was initially dedicated to seismic monitoring in the surroundings of the underground natural gas reservoir CASTOR. To this end, a local seismic network was established in 2009, consisting of different stations belonging to the Observatory itself and to the national network IGN and regional ICGC. 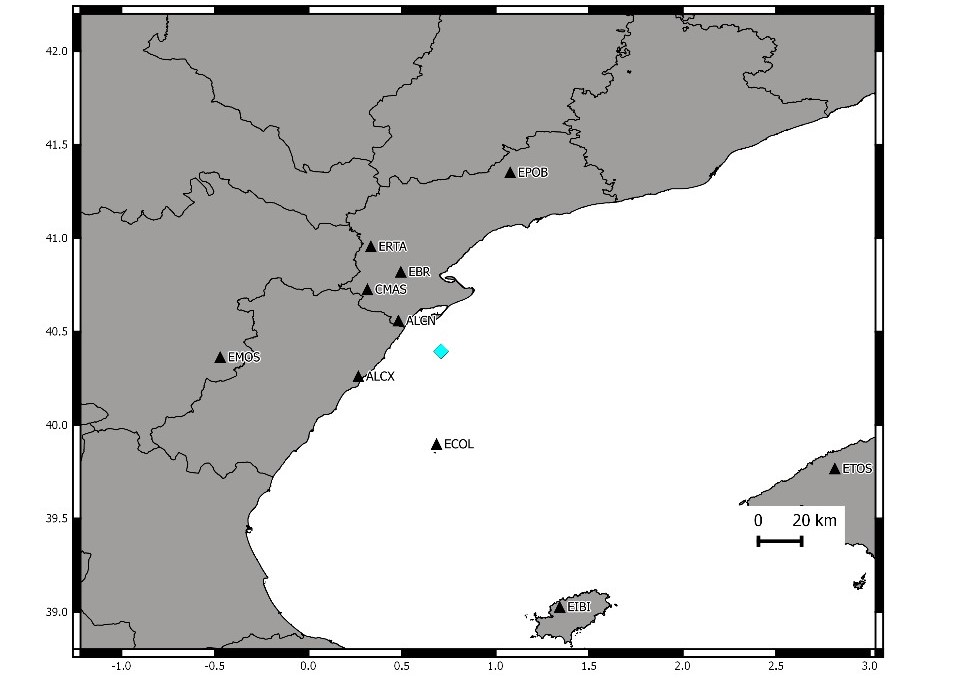 Detail of the geographic position of the Ebre seismic network stations ALCN and ALCX are stations from the Observatory, EBR is a station that is jointly managed by the OE, which owns the sensors and the system of data transmission, and the ICGC, which provided the digitizer, CMAS is an ICGC station and the rest are IGN stations