The agreement regulates the collaboration between the Ebro Observatory (OE) and the State Meteorological Agency (AEMET) over the next five years and ensures the continuity of a scientific relationship which began in 1920. 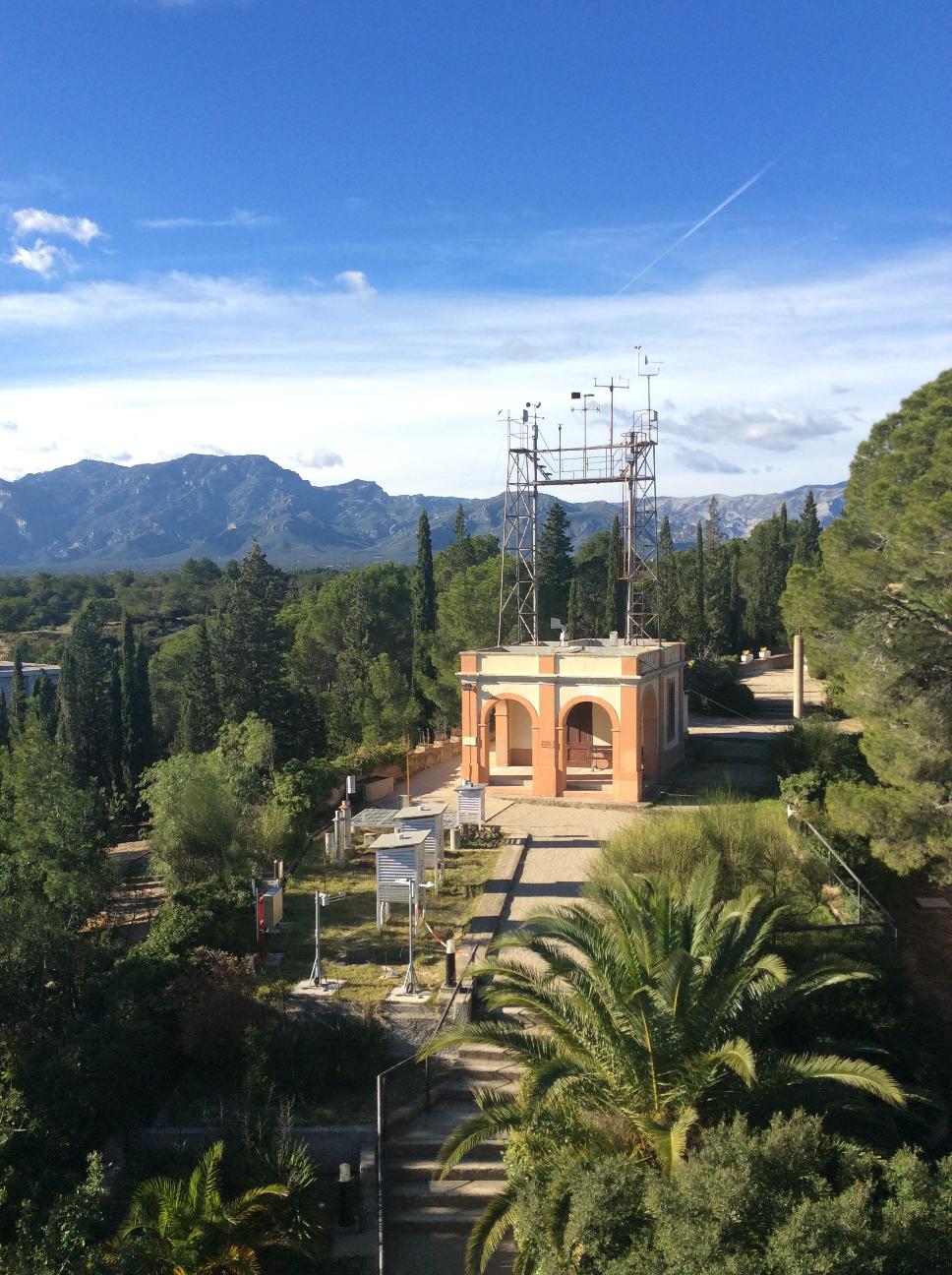 Roquetes, 17th of december 2014. - The agreement will allow AEMET to maintain its observation program in the Observatory and to ensure the continuity of the series of climatological data. At the same time, OE will continue to have access, for scientific purposes, to the different observation equipment that AEMET has installed in its premises, and all the data generated by them. The agreement also guarantees the presence of  AEMET meteorological observers in the OE. Finally, both institutions will collaborate on research and development projects that are of common interest.

Currently, AEMET has various meteorological instruments installed in the OE, comprising, on the one hand, a synoptic observation station and, also, measures of global, direct, diffuse and ultraviolet radiation. Data generated from these instruments guarantee the continuity of the OE climatological series, which begun in the late nineteenth century by the founders of the OE, the Society of Jesus. The instruments are operated by AEMET observers and technical staff of the Ebro Observatory.

The current agreement, which ends this year, was signed by AEMET and OE in 2009, for a period of five years. This agreement follows an earlier agreement signed by the former National Meteorological Institute (INM) and the OE in 2005. AEMET is part of the Board of Trustees of the OE since 2005.

The close scientific relationship between the INM, now AEMET, and the OE was initiated in 1920 and has remained until today.

The Ebre Observatory is a foundation dedicated to research, observation and research in the field of geophysics. It was founded in 1904 and is located in Roquetes (Tarragona). The Observatory is a university institute of the Universitat Ramon Llull and it is linked to the Higher Council for Scientific Research (CSIC). At its Board, in addition to the two institutions mentioned above, are also represented the State Meteorological Agency (AEMET), the Society of Jesus, the municipalities of Roquetes and Tortosa, the National Geographic Institute, the Meteorological Service of Catalonia, the Departaments of "Sostenibilitat i Territori" and "Economia i Coneixement" of the Generalitat de Catalunya and the Provincial Council of Tarragona.