On July 19, 2021, at the age of 88, Father Ernest Sanclement Vallespí SJ, priest and physicist, former deputy director of the Ebro Observatory, died.

Father Ernest Sanclement, was born in 1933. He graduated in Physics from the University of Barcelona in 1956 and obtained a degree in Theology from the Faculty of Theology Saint Francis Borgia in 1972.

He worked intensively on the reduction of magnetograms and on the processing of data from the Ebro magnetic station. With the electrification of the Barcelona-Valencia railway line, he promoted the transfer of the magnetic station to a remote place to avoid the interferences produced by that electrification. As head of the magnetic section, he promoted the renewal of the instrumentation, being key in the transition from analog to digital instrumentation.

Due to his versatility and capacity to face new challenges, he was in charge of starting up the pioneering calculation center of the Observatory and, later, he experienced first-hand the revolution of the first personal computers. He programmed in a variety of languages (assembler, FORTRAN, QBasic, ...) serving all the needs of the center, from administration to scientific data analysis.

A man of great simplicity and culture, he delighted the visitors who came to the Observatory to learn about the center's activities. His explanations clearly conveyed many notions about the physics of the Earth and the Sun.

Within his pastoral work, it is worth mentioning his help in the church of Roquetes.

In 2011, Father Sanclement, along with the rest of the Jesuits who were still at the Observatory, left the center, being assigned to the Borja Center in Sant Cugat del Vallès. With this departure, one of the most brilliant pages of the scientific history of these lands, the foundation and development of a geophysical observatory by the Society of Jesus, came to an end. This adventure, which began more than one hundred and ten years ago, is fortunately still alive and, faithful to its origins, the center continues to work on the observation and research of Sun-Earth relations, among other geophysical topics, being a world reference in its field. But this reality would not have been possible without the selfless work of a handful of people, including Father Sanclement, who gave the best of their lives to the service of the Society of Jesus and the Ebro Observatory.

The Ebro Observatory offers its condolences to his family and to the Society of Jesus. May he rest in peace. 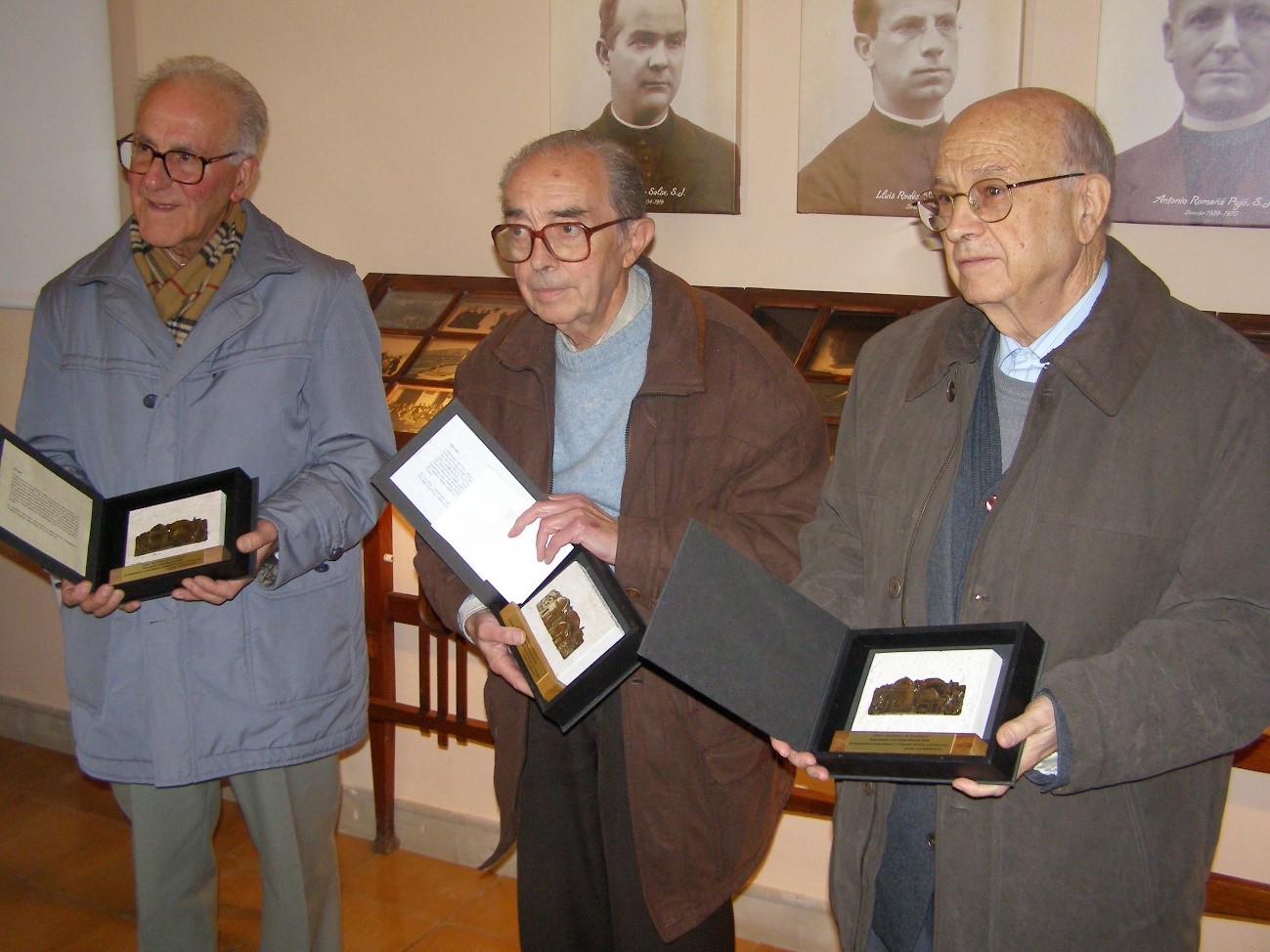 Photo: Father Ernest Sanclement (in the center) together with Father Luis Alberca (on the right) and brother Isidro Moncal (on the left) during the act of tribute on their farewell to the Ebro Observatory in 2011.