The ceremony for these awards, which recognize the best theses in each of the doctoral programs of the University, was held yesterday, September 22, 2015, during the opening ceremony of the course 2015-2016. 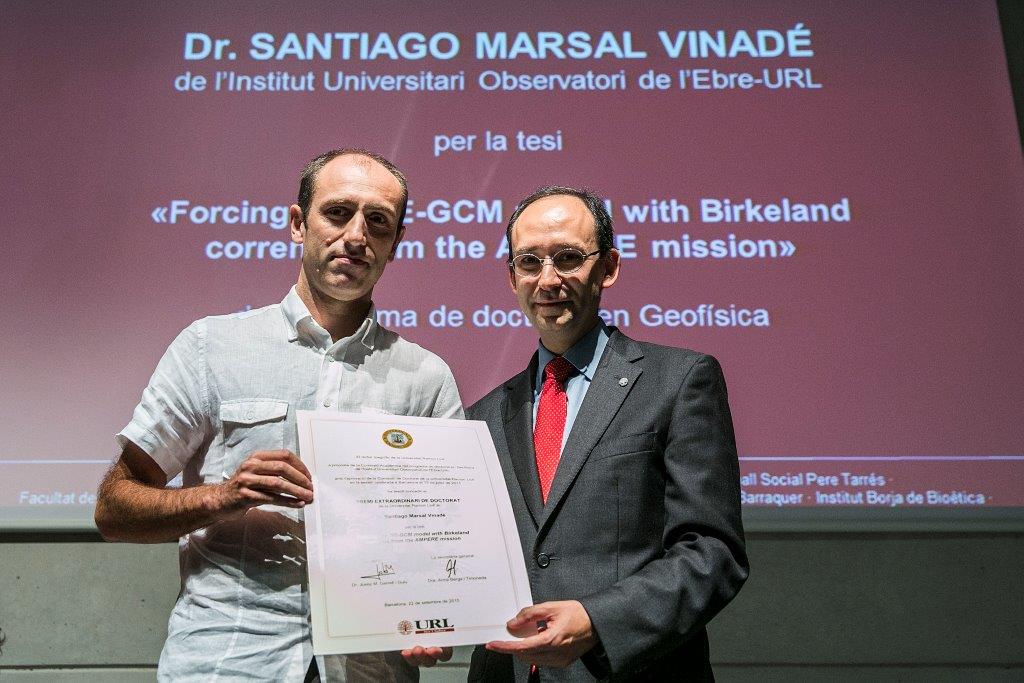 The photo shows the award from the Rector of the University.