A scientific analysis, just published in the Geophysical Journal International, evidences the link between a series of earthquakes offshore the Mediterranean Coast of Spain in 2013 and the nearby underground injection of gas in the Castor platform. 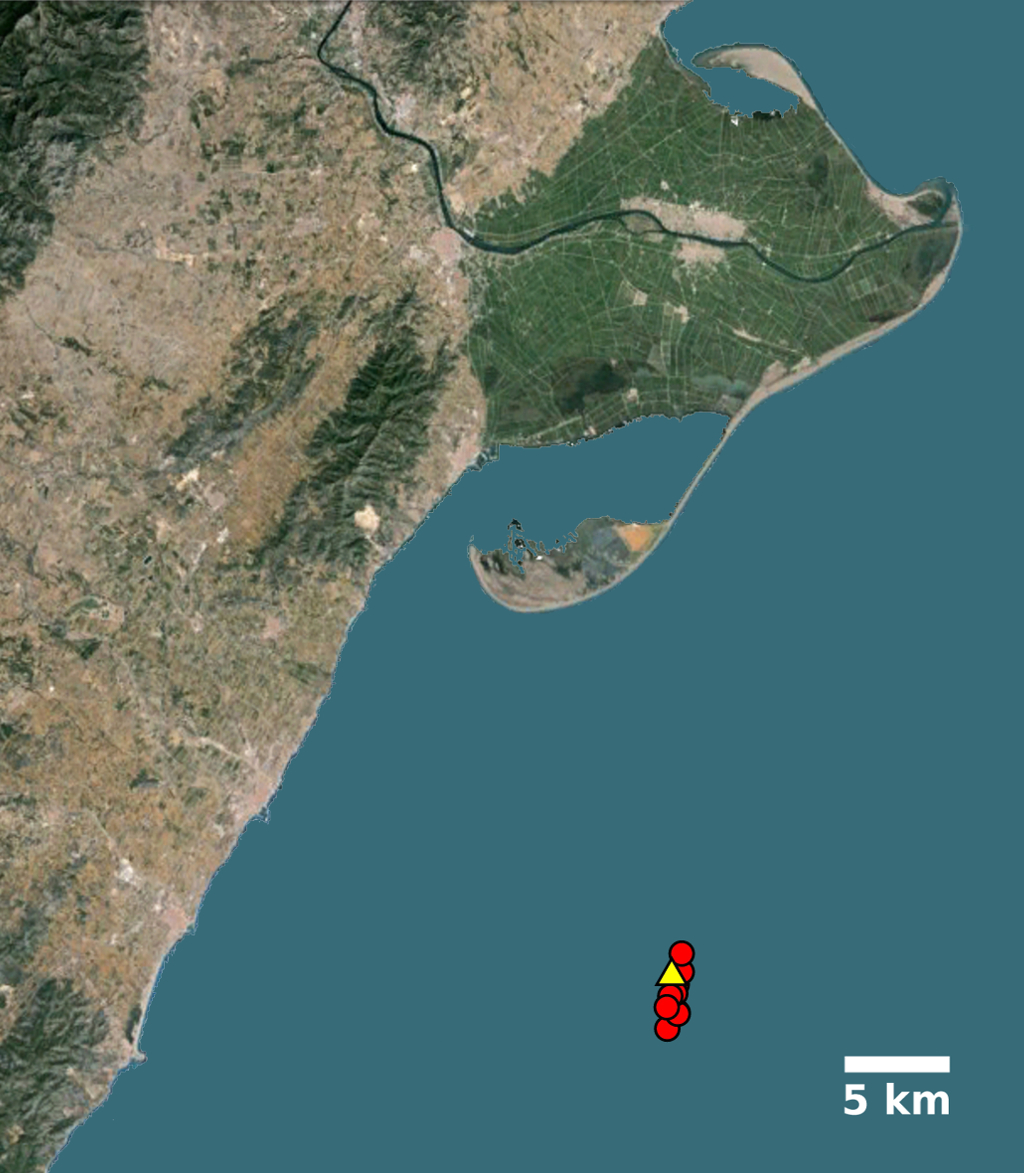 The study shows that, in total, the sequence comprised just over a thousand earthquakes. Using advanced techniques, the researchers determined with high precision where the earthquakes originated, and how the faults which caused the largest ones were oriented.

The study concludes that the injection most likely favoured the movement along relatively small faults known in the vicinity of the injection site, triggering the earthquakes. This causal relationship is supported by the tight temporal and spatial coincidence of the analysed sequence with the injection operations. Some statistical properties of the sequence also changed after the injection stopped. The causative faults are oriented at odds with the major Amposta Fault, which did not generate any of the largest earthquakes.

In September and early October 2013, a sequence of earthquakes (with magnitude up to 4.3) took place offshore the Mediterranean coast of Spain, nearby a platform where natural gas was being injected underground. This injection was one of the first tests of the Castor project, which plans to store a large volume of natural gas in a depleted oil reservoir, which is sealed by a major geological fault (the Amposta Fault). The injection had to be stopped in mid-September, because the largest earthquakes were felt by the population and raised public concern about the project. In this area only a few, smaller, natural earthquakes (with magnitudes up to 3.3) had been recorded before the injection operations.

The author team is led by Simone Cesca (German Centre for Geosciences) and includes researchers from other German and Spanish institutions: University of Potsdam (Germany), University of Zaragoza, Universidad Complutense de Madrid, Institute of Geosciences (Madrid ) and the Ebre Observatory (Roquetes, Tarragona). This research would not have been possible without the data obtained by two seismic stations of the Ebre Observatory, which were designed to monitor possible earthquakes related to Castor Project and funded by Escak-UGS, the company responsible for it. Estefania Blanch, head of seismic unit at the Ebre Observatory is one of the coauthors.

The Ebre Observatory is a foundation dedicated to research, observation and research in the field of geophysics. It was founded in 1904 and is located in Roquetes (Tarragona). In addition to its extensive program of geophysical observation, the centre currently has two lines of research, one on geomagnetism and aeronomy and the other on climate change and its impacts on the hydrological cycle. Concerning outreach, the centre organizes workshops, courses and other activities for students and the general public. The Observatory is a university institute of the Universitat Ramon Llull and it is linked to the Higher Council for Scientific Research (CSIC). At its Board, in addition to the two institutions mentioned above, are also represented the State Meteorological Agency (AEMET), the Society of Jesus, the municipalities of Roquetes and Tortosa, the National Geographic Institute, the Meteorological Service of Catalonia, the Departaments of "Sostenibilitat i Territori" and "Economia i Coneixement" of the Generalitat de Catalunya and the Provincial Council of Tarragona. http://www.obsebre.es

Álvaro González (This email address is being protected from spambots. You need JavaScript enabled to view it.) – Universidad de Zaragoza – 610 329 045.