The Wolf number (W) is calculated on the basis of the number of groups (G) and sunspots (t) (W=10 G + t). This formula indicates that the appearance of a coherent group of sunspots (an active region) is more important that to add a few spots more to an already existing group.

Since its foundation in 1904, l'Observatori de l'Ebre (OE) has operated, virtually uninterruptedly, different seismographs, being the oldest seismic station in Catalonia. Throughout the years more than 20 seismographs have been in operation. From the first Grablovitz, which was installed in 1904, to the last Wielandt-Strecksein STS-2 with a 24-Bit Quanterra Q680-LV digitizer, a large number of records have been accumulated, mostly on paper (the first in smoked paper, then photo paper, ink and thermal paper) and the most modern ones in digital format.

It took a great effort for the conservation and dissemination of this valuable and voluminous heritage, more than 100,000 seismograms, which the OE could not address by itself. It is with this intention, among others, that in June 2016 a collaboration agreement was signed between the OE and the Institut Cartogràfic i Geològic de Catalunya (ICGC), which is the dependent entity of the Department of Territory and Sustainability with competences on seismology and cartography, through which the scanning of the OE seismograms was started. This agreement has been renewed in 2017 and 2018 and has allowed the digitization of some series of seismograms, as well as the modernization of the OE seismic station.

The digitized seismograms can be visualized by selecting the name of the instrument in the following table, which in turn shows the different instrumentation that has been operating over the years in the OE. The links will lead you to ICGC pages, where the different seismograms are housed and where the conditions of use and the appointment of the sources are reported. 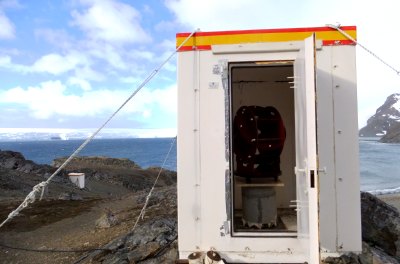 Monitoring the magnetic field and the status of the ionosphere in Antarctica is an important issue for the contribution it yields to modeling a number of phenomena concerning the geophysical sciences. Geomagnetic observatories are ground-based stations aimed at monitoring the natural magnetic field over time (typically for as many years as possible) in a fixed location. Data from observatories reveal the magnetic field variations in a wide range of time scales, from seconds to centuries, which is important for understanding processes both inside and outside the Earth. Geomagnetic activity is triggered and modulated by the Solar Activity. And the ionosphere, that region of the upper atmosphere which influences radio propagation to distant places on the Earth, is also bounded by the Sun and the geomagnetic field. 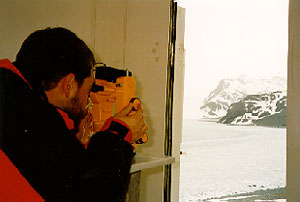 Livingston Island Geomagnetic Observatory is part of a global network currently having more than 170 active geomagnetic observatories all over the world. Because of its remoteness, it is a partly manned observatory, meaning that it is attended by the scientific and technical staff only a part of the year, typically from December to February, coinciding with the austral summer. It started in December 1996 with the current geomagnetic station, though new instrumentation has gradually been added up to fulfill the evolving standards of observation. An ionospheric sounder was incorporated during the 2004-2005 Antarctic survey with the installation of vertical incidence emitting and receiving antennas and their control electronics.

The relative low density of geophysical data around the Antarctic gives our observatory an added value. In addition, having long data series in a given location provides information on the time evolution of the physical magnitude being measured, which is essential to many studies, such as those related to the secular variation of the main magnetic field, to the seasonal variations of both the magnetic field and the ionospheric parameters or those related to the 11-year solar cycle variation on both. The availability of more than 15 years of geomagnetic data, for example, enables to average out transient effects in magnetic and ionospheric data, which otherwise would be biased by natural reasons, or at least provide an incomplete vision of the real behavior. The aim of the observatory is thus to monitor both the geomagnetic and ionospheric activity and to send the data to Spain at any time so it can be analyzed and processed in real-time even when the Spanish Antarctic Base "Juan Carlos I" is unattended during the austral winter.

If you want to know more about our expeditions in Antarctica, read this news item, this El Pais blog entry #Somos Antártida, or watch the interview of Ben Trobats of El Punt Avui+ on 12 January 2016. Following you also will find the video "Observatori de l'Ebre, 20 anys investigant el camp magnètic a l'Antàrtida", produced by Antena Caro. 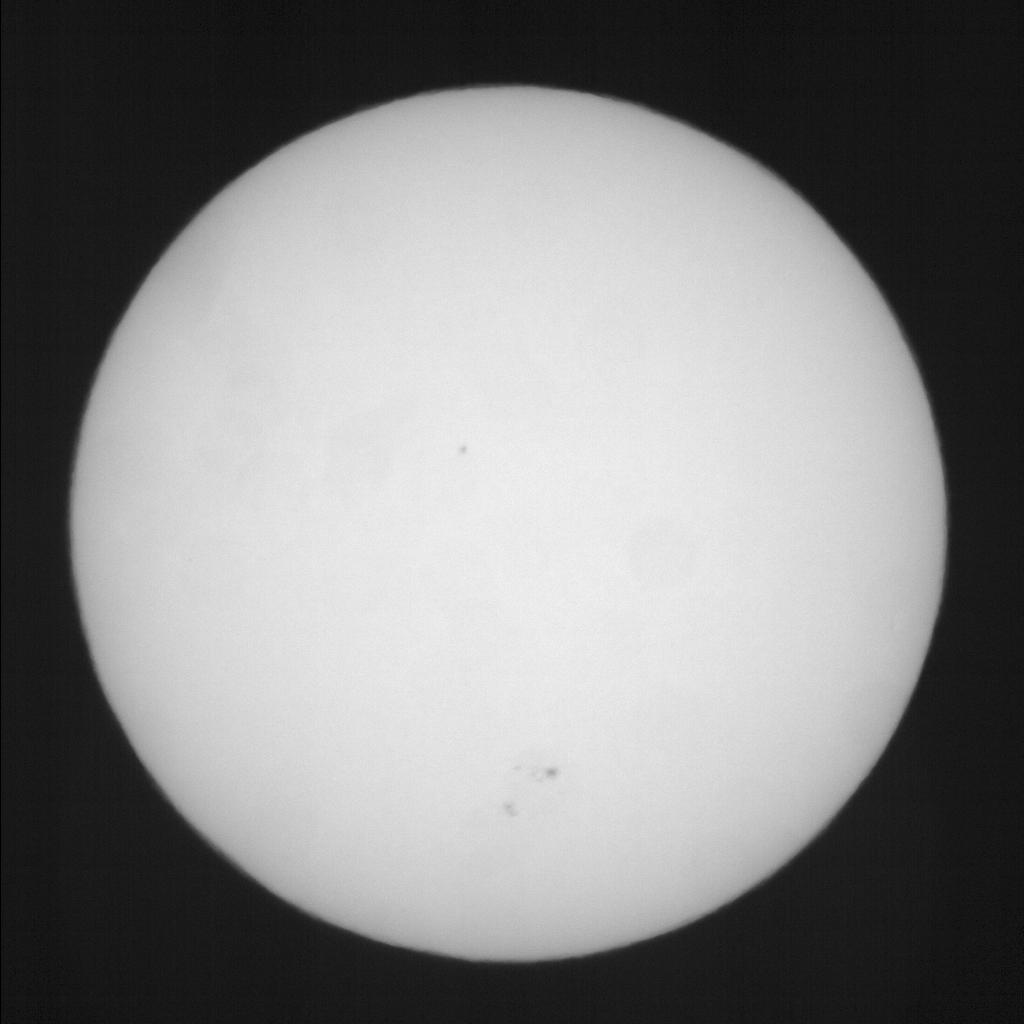 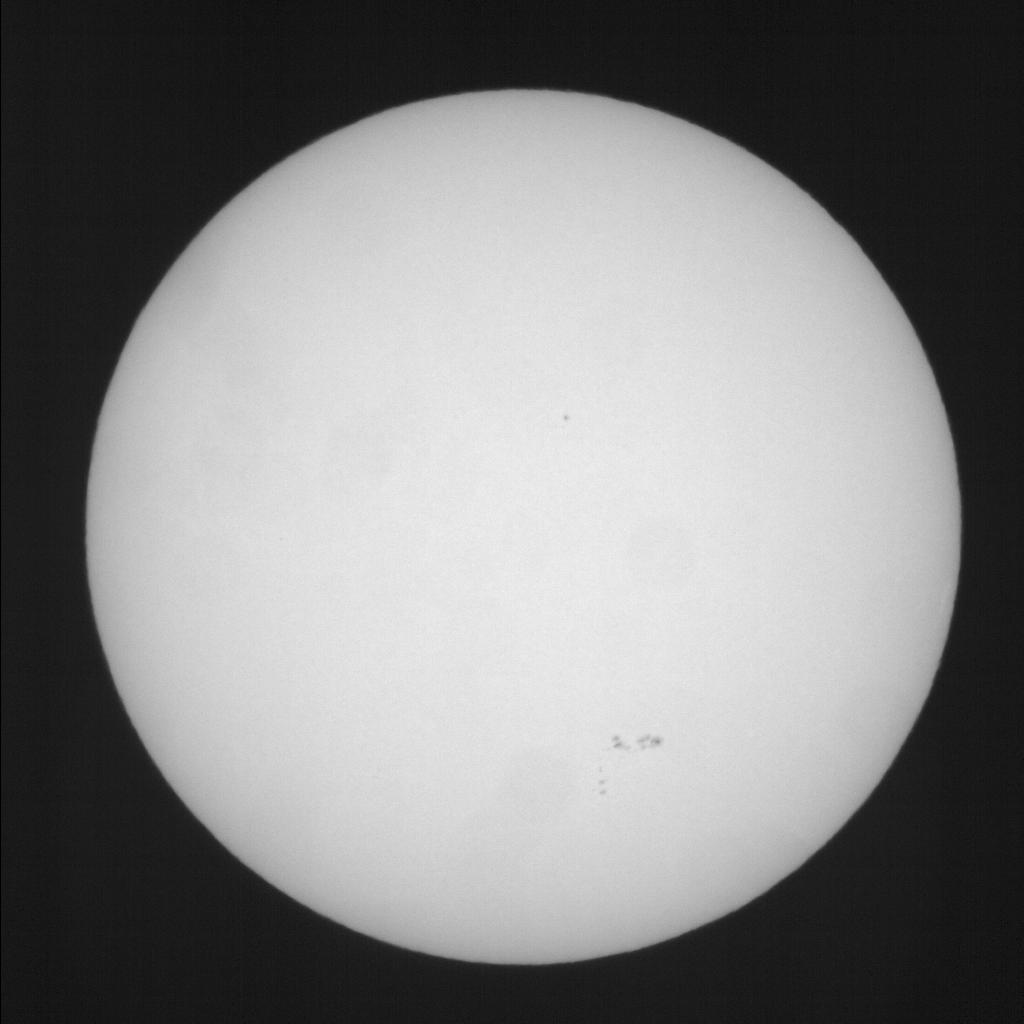 Variation of the compass in Roquetes

The compass is oriented according to the magnetic north, not the true one. The magnetic north varies with time. Over the past centuries, in Roquetes, compasses were deviated westward. But this has changed and now they are deviated eastward More information.

Information from the automatic station of AEMET located at Ebro Observatory. These data are provisional and subject to revision.
Daily evolution · Daily data